Our Christmas holiday started out with Rob's work party at Fargo's pizza.

Apparently the guys are all excited about the power cords they got as a gag gift! 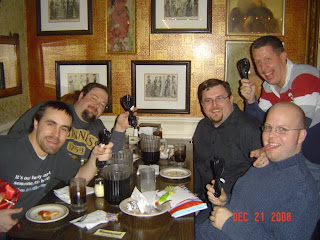 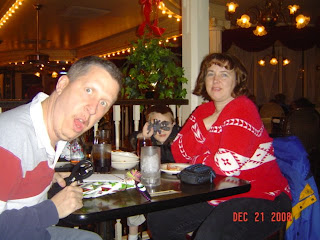 The Christmas tree at Fargo's 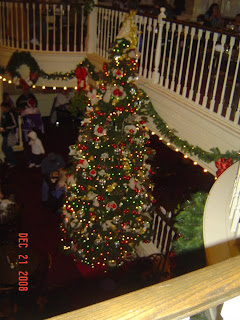 Chris, James and his wife/girlfriend-- I can't remember as I have only met her once and Mikey's head! 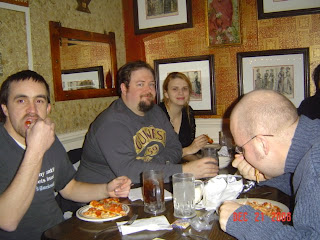 Gavin and Mom-- doesn't he look thrilled to have his picture taken! 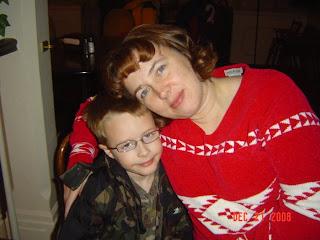 Vanessa, Jason and Mikey again-- just don't look too close to the picture~but boys will be boys~! 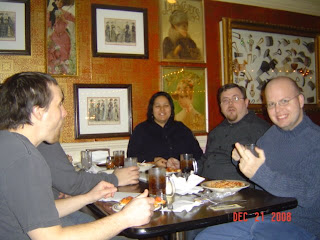 I worked Christmas Eve and rushed home to beat the boys up and apparently they were still waking up slowly by the time I got home, so it was time to unwind and open presents. Santa apparently is one smart man as Gavin got his hearts desire a: 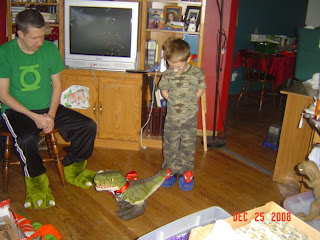 Grandma Betty getting ready to open presents on Christmas Day. 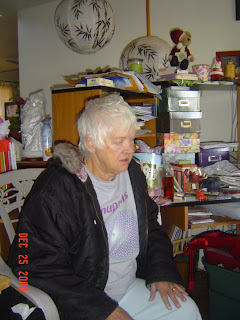 Gavin's loot (ok except for the red pots behind him-- they are mine!) 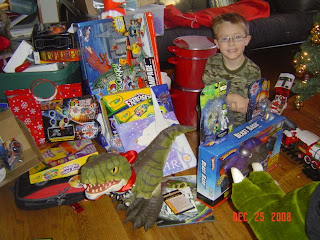 Gavin playing with his D-Rex and bakugan's in his particularly full room! 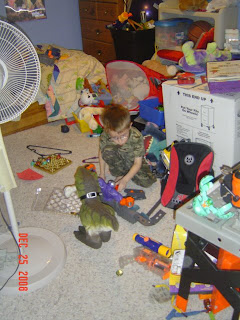 Christmas Day night was spent with friends. Uncle Nate, Grandma Betty, Gavin and Rob probably playing Gavin's video game. Rob made Christmas dinner so I could take a nap before the nightly activities and we enjoyed one of our non-traditional meals of steak and crab legs. Finall figured out how to use a steamer that has been in the house for years and wow it was very easy to make the crab that way! 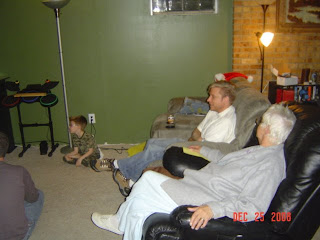 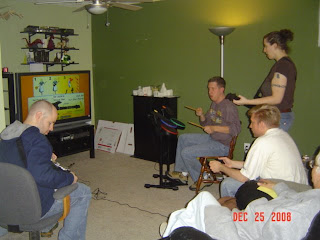 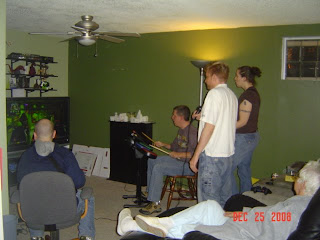 Mikey and his girlfriend Bev trying out Guitar Hero! 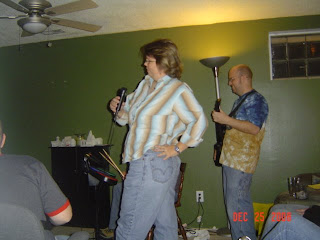 Nate and Joanna enjoying a breather and Apple Cider! 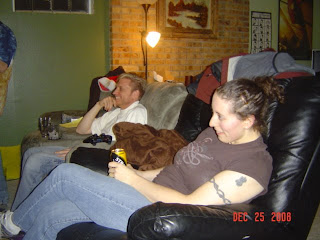 Christmas night was a lot of fun with a chili feed late in the evening and our friends hanging out enjoying video games. May we have many more this coming new year!
Posted by Redneck Girl at 6:44 AM